Have you heard about Gangtok Sikkim

When you hear that you are traveling to India, you think of famous sightseeing places such as “New Delhi”, “Mumbai” and “Goa”. But have you heard of the place called “Sikkim” which is one of the states in India, located at the foothills of the Great Himalayan Mountain Range. To be honest, I had never heard about Sikkim. I ended up knowing about it from a friend of mine who is from “Gangtok, Sikkim”. We live in Vancouver, Canada. We met in Vancouver and I heard about this place named Gangtok which is the capital of Sikkim from him. All my friends had no idea about Sikkim, and it seems that many Indian people who live abroad do not know as well.

The state of Sikkim is located between Nepal(West), Bhutan(East), and China(North). Sikkim was not part of India until the late 1900s. It was an independent country ruled by a King. It officially became part of India in 1975. Sikkim is located near Darjeeling and Assam which are well-known places all over the world for their tea leaves.

My friend showed me the place on the map, and when I looked at it there was a slightly protruding part from India between Nepal and Bhutan. This part is Sikkim! I was absolutely surprised that this tiny territory of India is there!!

My image of India was only about New Dehli, Indian food as well as river Ganga which are the typical image people think of India!

After learning about Sikkim, I got interested in it. Fortunately, my friend was thinking about visiting his family, so I got the chance to visit Gangtok, Sikkim. It was one of the amazing places that I’ve traveled in my life.
I am sharing some of the useful information and the things that I found interesting while traveling to Gangtok, which is not a typical place that we know about traveling in India.

The best season to visit Gangtok is from March to May and September to November, and they also have many events from October to February. A lot of tourist visit from India and other countries.

First of all, I needed a visa to go to India as a Japanese. Three ways to apply for an Indian visa.

ARRIVAL VISA seems easier but in some cases, I had to wait quite a while until I obtained a visa, so I decided to acquire e-VISA in advance. The visa fee was US$ 25.28 and it took about a week to get the visa after applying online.

After arriving at Bagdogra Airport in Siliguri from New Delhi, my friend’s father drove for four hours from Gangtok to the airport to pick us up. Many taxis and buses are available from the airport to Gangtok. It takes about four to five hours drive to reach Gangtok from Bagdogra airport. When I traveled to Gangtok, the Pakyong Airport wasn’t opened yet.

Pakyong Airport was opened in October 2018. You can domestically fly to Pakyong airport from ‘Kolkata’ or ‘Guwahati’ in Assam State. It takes approximately forty-five minutes by car from the airport to reach Gangtok.

This was my first time visiting India! Every single thing I saw in India surprised me. The cows were walking, sleeping and living normally on the roads even though there were many vehicles driving by. Since cows are worshipped in India, people give way to them.

Furthermore, it seemed normal to honk while driving as everyone does it. On a two-lane road, people made their own three-four lanes of cars lining up side to side when they were waiting for the traffic signal. It seemed like a battle to overtake each other. “Oh ~ what a big difference compared to Japan” was what I continuously thought from what I saw in my travel. It was absolutely different from all the countries that I visited. I asked my friend, “if all of India was like this?”, he said that Sikkim is different. Although I was a little relieved to hear that, in my mind, I was a little skeptical about it.

After driving for approximately an hour from Siliguri, we entered the mountainous path. The road was narrow where it could only fit one car at a time and there were cliffs on the other side of the road. Moreover, the more we traveled into the mountainous region towards Gangtok the condition of the road got worse, and I felt like ”what kind of place is Gangtok?!” as well as it became increasingly uneasy.

Sikkim different from all the other Indian States

About three hours drive from Bagdogra Airport, we drove over the mountainous road by car and finally arrived Sikkim at night. Passed through this gate we entered Sikkim.

Even though Sikkim is a part of India, all foreigners have to get an entry permit (INNER LINE PERMIT) to enter Sikkim. This permit can be applied here at Rangpo Check-post and at any other Sikkim Tourism office in advance. Pakyong airport currently operates domestic flights from Kolkata and Guwahati.

Although Sikkim is a part of India, the system seemed to be a little different and I felt like I came to a different country. It took us about an hour to reach Gangtok from Rangpo.

When traveling to East Sikkim near the Chinese border from Gangtok by car, there is a sightseeing spot named “Tsomgo Lake”. The altitude is 3,753 meters and about 40Kms from Gangtok. It is near the border of China, so they have strict rules to enter this restricted area, and we can not go without a travel agency as well as an entry permit is required. For foreigners, in order to apply for the permit, there must be more than two people in their group. The cost to visit these places depends on the type of vehicle you would want to rent. Like for ordinary vehicles, it will cost less compared to the luxury ones. For visiting restricted areas travel agents will take out the permit.

Tourist can find many travel agencies at「Mahatma Gandhi Marg」(MG Marg)which is the main area in Gangtok.

If you are worried about altitude sickness don’t worry, they sell popcorns to avoid it. The local people say that popcorn helps you with the altitude sickness. Drive to Tsomgo Lake was the amazing, and magnificent view that I have the confidence to recommend people.

Gangtok is a town with many houses on a hill with an area of 7096sqm and an altitude of 1,780m. In the Kingdom of Sikkim until 1975 ago, people used to speak in Lepcha, Sikkimese, Nepali, and many other languages. Although many people speak in Nepali now, the first language is English, so the tourists won’t have to worry about any communication problems.

The statue of Mahatma Gandhi who was the freedom fighter of India is located at the entrance of “Mahatma Gandhi Marg” (MG Marg). MG Marg is the busiest street in Gangtok. This street is crowded with families and young people as there are many varieties of shops and restaurants. They sell branded products, souvenirs from Sikkim, Sikkim Tea shops, Indian folk crafts, Indian utensils which are reasonably priced!

In Gangtok, the street foods are amazingly delicious. “Jhyal-muri” which contains puffed rice, peanuts, chopped onions, boiled potatoes, salt, red chili powder, raw chickpeas, and chopped green chilies, as well as some spices with lime juice is mixed in a steel container and served in newspaper rolled as cones. It is cheap and delicious. Costs around Rs15-20, but if you are not good with spicy food, you will not enjoy it.

The state of Sikkim is the only state in India which is fully an organic state. All the fruits, vegetables and meat products are organically farmed inside Sikkim. Thus, preventing people from other states to export fruits and vegetables which are not organically produced inside Sikkim. Besides, it seems that the use of plastic shopping bags was banned more than 10 years ago. Thus, all shops do not use plastic shopping bags instead they use paper cloth bags. That surprised me! Although the roads in Gangtok are not cleanly paved as in Japan, environmental protection and health consciousness are much more advanced than Japan. There are no shopping malls and supermarkets. Every weekend they have “Haat Bazar” where the local farmers bring the chickens, eggs, vegetables, and fruits they produced in their farms to sell. All these fruits and vegetables are organic!

The local people eat fresh ingredients every day. Organic eggs are sold at the market and the meats are always freshly cut. Live chickens are also sold at the market for people who want to raise them for eggs. The local people try not to take too much medicine, instead, they use herbal ingredients such as ginger, mint leaves, turmeric powder, honey, and other spices to prevent from illness.

People eat Nepali and Sikkimies food, not Indian food. Though they use the same spices used in most of the Indian dishes the food tastes totally different. In my perspective, Nepali cuisine is similar to Japanese cuisine as the dishes contain rice, meat or fish dish, vegetable dish and dal which relates to miso soup. The food is quite spicy compared to Japanese food. People normally eat foods with their hands which I found very fascinating. They told me that the food tastes much better when eaten with bare hand. The steamed dumplings(momo) are amazingly tasty! All the local foods are delicious!!

Monastery and Temples in Sikkim

All the Monasteries and the Temples are brightly colored and have a very soothing atmosphere surrounding them. People have to take off their shoes before entering the praying area. The architectural designs are astounding. People usually try to be as silent as possible when they are visiting these places as they believe that they might disturb the gods residing there.

Hope the above travel information helps you plan an amazing and memorable trip to Sikkim, India. 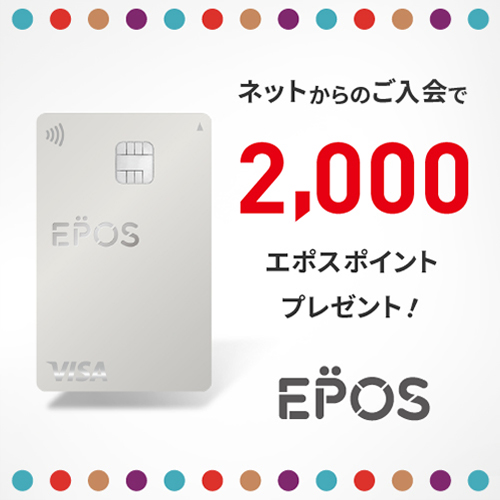 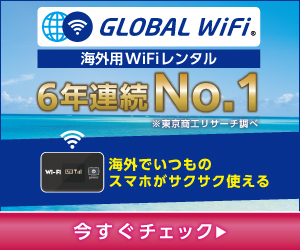 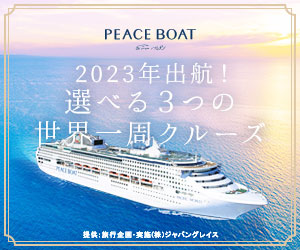